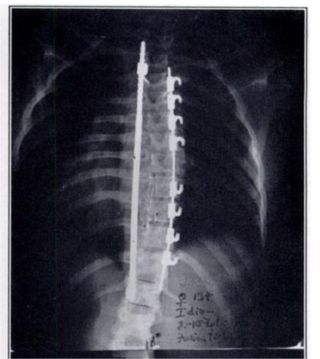 Just as the prevalence of scoliosis began to decline precipitously after World War II, American orthopedic surgeon Dr. Paul R. Harrington devised a new, invasive surgical system whereby implantable prosthetic metal rods and hooks were used to straighten curved backs. By the 1970s, "Harrington rods" had becomethe gold standard of surgical scoliosis care in the United States, replacing more conventional methods of exercise, bracing, and casting. This article situates the success of Harrington rods within a much larger and historically longer debate about why, when compared to those in other nations, American surgeons appear to be "more aggressive" and "knife-happy." Using Harrington's papers and correspondence,I argue that patients played a vital role in the rise of spinal surgery. As such, this article examines not only how surgical enthusiasm has been historically measured, defined, and morally evaluated, but also how scoliosis became classified as a debility in need of surgical management.--Beth Linker, "Spines of Steel: A Case of Surgical Enthusiam" Bulletin of the History of Medicine (Summer 2016). 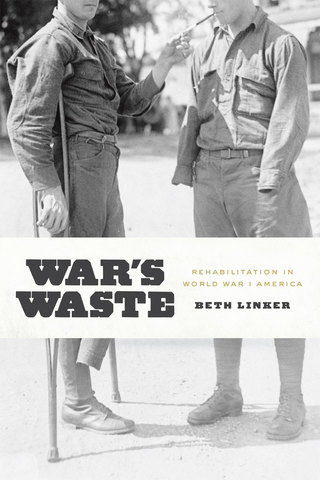 "In 2004, the US Preventive Services Task Force called for an end to scoliosis screening in US public schools. However, screening endures, although most nations have ended their screening programs. Why? Explanations range from America's unique fee-for-service health care system and its encouragement of high-cost medical specialism to the nation's captivation with new surgeries and technologies. I highlight another, more historical, reason: the persistence of the belief that spinal curvature is a sign of a progressive disease or disability. Despite improved health and the mid-20th-century discovery of antibiotics and vaccines that all but eradicated the diseases historically associated with scoliosis (e.g., polio and tuberculosis), the health fears associated with spinal curvature never fully dissipated. Scoliosis is still seen as a "dangerous curve," although the exact nature of the health risk remains unclear."--Beth Linker, "A Dangerous  Curve: The Role of History in America's Scoliosis Screening Programs" American Journal of Public Health

"A rich and important history" -Journal of the American Medical Association

"Civil Disabilities leaves no doubt that disability is central to the history, theory, and acts of citizenship." -Kim Nielson

Access to many of my academic articles and syllabi